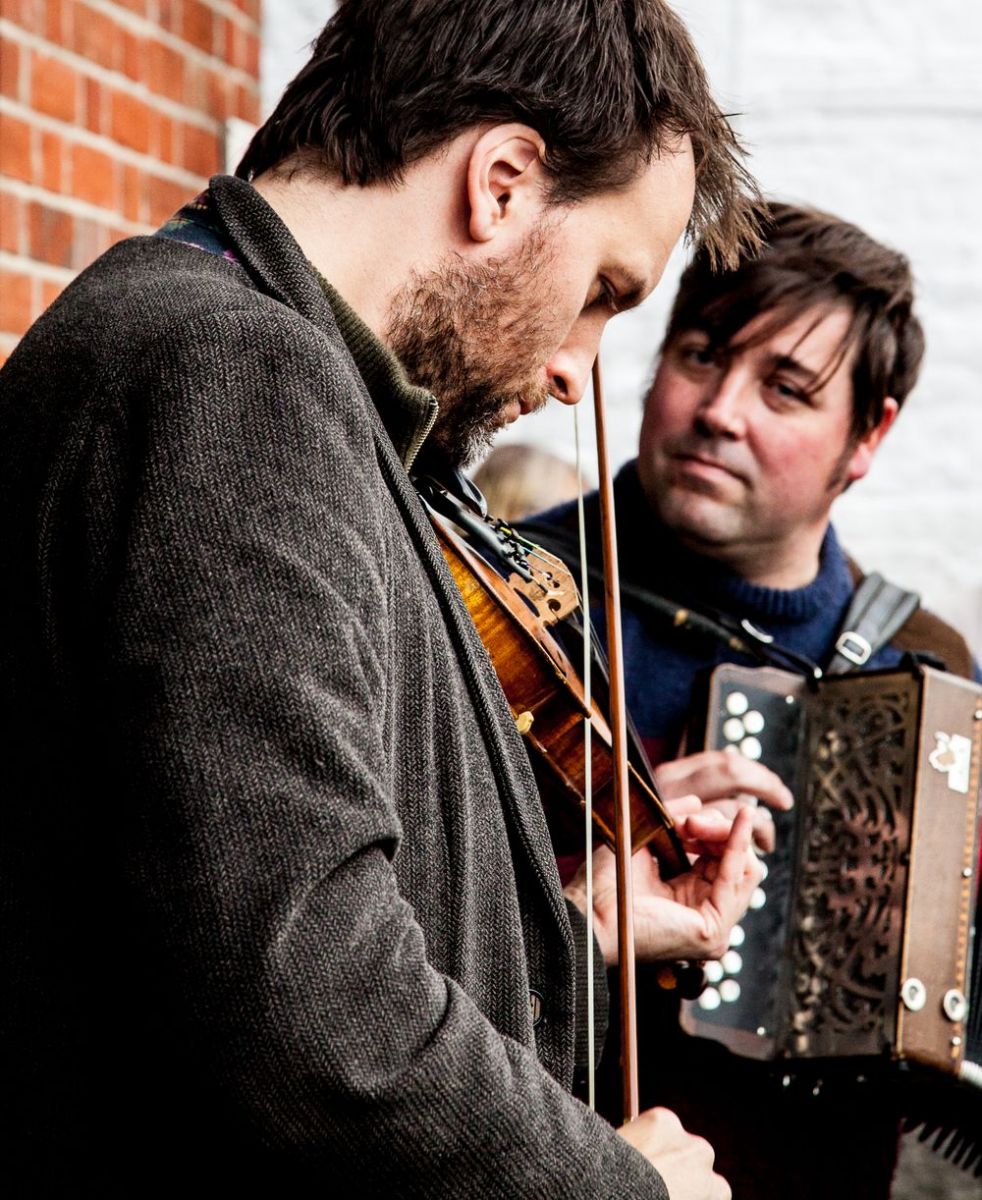 Spiers & Boden are back!

Described by The Guardian as ‘the finest instrumental duo on the traditional scene’, John Spiers and Jon Boden rocketed onto the scene in 2001. As Spiers & Boden they won a clutch of BBC Radio 2 Folk Awards - the Horizon Award for best newcomer in 2003, and the Best Duo Award in 2004 and 2006. A sojourn in Eliza Carthy & the Ratcatchers included a performance at the Mercury Music Prize Awards. And after years of successful touring, in 2011 they headlined their own star-studded show at London's Shepherd’s Bush Empire to celebrate their tenth anniversary.

Meanwhile they had used their early success as a duo to found the ground-breaking folk big band Bellowhead, fronted by the duo, which went on to Royal Albert Hall sell-outs, Proms In the Park successes, multiple awards, signing with Universal Records and over 250,000 album sales.

Inevitably Bellowhead increasingly dominated their time and in 2014 Spiers & Boden made the difficult choice to rest the duo. It was a tough decision. Spiers & Boden had earned a place in the hearts of the folk audience that few could rival and the disbelief at the dissolution of the duo was only matched when in 2016 Bellowhead itself took a final bow.

Since then Jon Boden has carved out a career as both a solo performer and with his own band, Jon Boden & The Remnant Kings, while continuing to work on his creative trilogy of albums exploring a post-apocalyptic world and his work writing music for theatre. John Spiers went on to form successful performance collaborations with Peter Knight (Steeleye Span, Feast Of Fiddles) and separately Jackie Oates, and is a member of the recently formed Gigspanner Big Band. Then discussions in late 2019 broached the idea of reforming Spiers & Boden, new recording, new touring. By Christmas it was agreed that the duo would be back in 2021 and preparations began...